When pregnant women take antidepressants, what effect does it have on their babies? 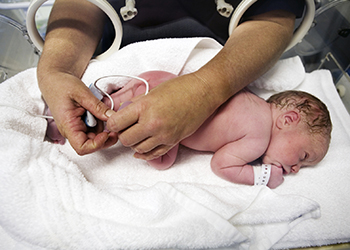 Depression occurs in an estimated 7% to 15% of all pregnancies and is widely recognized as a factor affecting birth outcomes and neonatal behaviors. However, the use of antidepressants to manage perinatal depression is not without risk to the baby.

Joint studies by the Departments of Pediatrics and Psychiatry, and the Human Early Learning Partnership, at the University of British Columbia, used population based linked data to examine the impact on babies when their mothers took serotonin reuptake inhibitor (SRI) antidepressants during pregnancy. The study was among the first to attempt to distinguish differences in babies born to women with depression who took prenatal SRI and women with depression who did not.

"A mother’s depressed mood and her antidepressant use during pregnancy are critical public health concerns that both shape a child’s developing brain and behaviour - long before birth. Separating the impact of treatment from the illness has been a real challenge and the use of population level linked health data has allowed us to study the influence of both factors in ways that makes BC a leader in this research area."