Exploring the impact of opioid prescriptions in rural BC 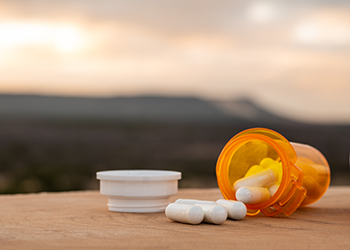 Northern Health (NH) experienced fewer illicit drug related deaths compared to the other health authorities in BC when the opioid crisis was first declared. However, there was an increase in illicit drug death rates in NH in 2018, which has not been reflected in the other health authorities. The reasons behind this increase are unknown (Office of the Chief Coroner, 2018).

Kari Harder, a Public Health Epidemiologist at Northern Health and a PhD student at the University of Alberta, is aiming to explore the impact of opioid prescriptions in rural areas in BC as part of her doctoral thesis.

“The differences in the death rate between the five health authorities suggests that there may be different drivers in the opioid crisis requiring different interventions to minimize the negative outcomes related to opioid use,” says Ms. Harder. “During this public health crisis much of the focus has been on urban areas or the province as a whole; however, there is a need for research exploring the epidemiology and patterns of health system use in rural areas.”

The hypothesis of this research is that the differences in patterns relative to opioid overdose events in rural and urban populations may be the result of different drivers. These drivers may include chronic non-cancer pain; additionally, opioid prescription characteristics such as duration, and strength, and the use of multiple prescribers and/or pharmacies. Some factors that influence overdose potential would therefore likely be more prevalent in rural populations compared to urban populations, and this would affect the likelihood of an individual experiencing a fatal or non-fatal opioid overdose event.

The research is expected to help identify differences in prescribing patterns for treatment of acute and chronic pain, ascertain the prevalence of prescription drug seeking behaviour in in rural and urban areas in BC and the impact they have on fatal and non-fatal opioid overdose events.

The findings will help guide the Ministry of Health, Health Authorities and other policy makers in their response efforts in rural areas by means of understanding the impact of chronic non-cancer pain, prescribing characteristics, and drug seeking behaviour have on fatal and non-fatal overdose events. The results will help decision and policy makers develop prevention and interventions strategies specific to rural areas in response to the opioid crisis.

For the study PopData will link the BC Provincial Overdose Cohort with data sets from the BC Ministry of Health, BC Coroners Service, and BC Ambulance Service.

The BC Provincial Overdose Cohort was established to provide access to critical information to inform overdose response activities. The Cohort is hosted at the BC Centre for Disease Control and data stewards include the Provincial Health Officer and Ministry of Health.