What is the relationship between workplace injury and illicit drug overdose? 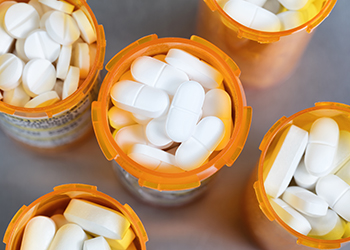 Data access has been approved for research to examine the relationship between injury, opioid prescribing and overdose and overdose death, to identify potential strategies for early intervention and prevent illicit drug overdoses in private residences in the Fraser Health Authority region.

The project is funded by the City of Surrey and led by Dr. Ian Pike, Professor in the University of Columbia’s Department of Pediatrics and BC Children's Hospital and Child and Family Research Institute.

BC’s Provincial Health Officer declared a public health emergency in 2016 in response to a rapid escalation (a 90% increase from the previous year) of illicit drug overdose deaths. A recent report by Dr. Victoria Lee, Chief Medical Health Officer of the Fraser Health Authority, asserts that Fraser Health leads the province in illicit drug overdose deaths, despite safe consumption sites and other overdose prevention and response efforts. The report states that 70% of fatal illicit drug overdoses in Fraser Health occur in private residences and 85% of overdose deaths are among men of working age. Further, detailed chart reviews of 90 men who were admitted to hospital in Fraser Health for a non-fatal overdose that occurred in a private residence, showed that a disproportionate number had been employed in the building trades. The most commonly identified stressor among men admitted to hospital following a non-fatal residential overdose, especially among older men, was pain/uncontrolled pain.

“Men who use illicit drugs in private residences in Fraser Health represent the largest proportion of illicit drug overdose deaths,” according to Dr. Pike. “There are a variety of potential reasons for this including differences in help-seeking behavior, substances used, and a higher likelihood of using drugs when alone. Substance use in private residences means that the locations are highly dispersed and that people who use drugs may be disconnected, for various reasons, from preventative services, such as safe consumption sites.”

Dr. Pike believes that more upstream measures to prevent problematic illicit drug use among those who are at risk of eventual overdose are needed. The project will examine linked administrative data to develop a deeper understanding of the factors that put this population at risk and the mechanisms that lead to problematic use and overdose.

While the results from the Chief Medical Health Officer’s report found that majority of the overdose deaths were among men, this study will encompass men and women and explore the trends and patterns among both sexes.

PopData will link data sets from the BC Ministry of Health, BC Vital Statistics Agency, WorkSafeBC and BC Cancer for the project.