Will the COPD epidemic overwhelm the health care system? 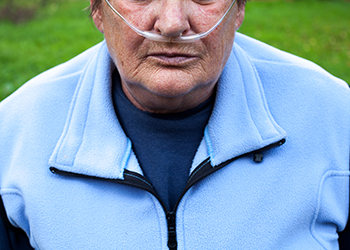 Chronic obstructive pulmonary disease (COPD) is the leading cause of hospitalization in Canada, after heart disease. In the US it is expected to surpass heart disease within five years to become the leading cause of hospitalizations. Cigarette smoking is the single most important modifiable risk factor for COPD, but aging and environmental and occupational exposures also play important roles in the epidemiology of COPD.

To predict future rates of the disease, researchers from the University of British Columbia conducted a forecasting analysis, combining population statistics and health data for the province of BC.

The Projected Epidemic of COPD Hospitalizations Over the Next 15 Years: A Population Based Perspective appeared in the American Journal of Respiratory and Critical Care Medicine.

These data were combined with estimates of population growth and aging in British Columbia (provided by Statistics Canada) to forecast the future number of diagnosed COPD patients and the extra number of days they will spend at hospital compared with their counterparts of the same gender an age who do not have the disease.

“Everyone who has seen the results has been surprised. Many people think that COPD will soon be a problem of the past, because smoking is declining in the industrialized world. But aging is playing a much bigger role, and this is often ignored. We expect these BC-based predictions to be applicable to Canada and many other industrialized countries.”

These results indicate that the demographic changes, including population growth and aging, will escalate the already high burden of COPD. Although the investigators used data and statistics from a Canadian province, the factors underlying this increase in burden are likely to be present in other similar populations.

While preventive strategies against chronic diseases are likely to be the most efficient ones in the long term, it is unlikely that any such strategy would result in significant improvements in the burden of COPD over the next 15 years. Acute and disruptive policies and therapeutic interventions aimed at reducing the burden of COPD need to be developed and adopted urgently. Any disease-management strategies that can efficiently manage and alleviate COPD burden in the community can potentially be associated with a significant return on investment.

In the meantime, patients and care providers should stay vigilant by recognizing that with evidence-informed disease management in many instances, COPD-related hospitalizations can, to a large extent, be avoided. Better care at the community is an efficient way against the looming epidemic of COPD hospitalizations.