Is rheumatoid arthritis linked to increased risk of COPD? 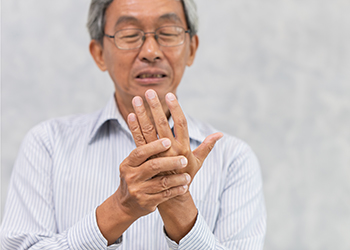 Rheumatoid arthritis is an autoimmune disease where the body's immune system mistakenly attacks healthy tissue instead of foreign invaders, such as bacteria. This causes inflammation, which leads to symptoms such as red, swollen and painful joints, according to the Arthritis Foundation.

Canadian researchers reviewed information on more than 24,600 people in the province of British Columbia who were diagnosed with rheumatoid arthritis between 1996 and 2006. The investigators, led by Dr. Diane Lacaille, from Arthritis Research Canada and the University of British Columbia, compared the people with rheumatoid arthritis to more than 25,000 people in the general population.

One of the research aims of the study was to evaluate a) the risk of co-morbidities linked to Chronic Obstructive Pulmonary Disease(COPD) in RA compared to the general population. COPD includes diseases such as emphysema and chronic bronchitis. Symptoms include shortness of breath, frequent coughing, a feeling of tightness in the chest and wheezing, the COPD Foundation says. Smoking and second hand smoke are among the most significant risk factors for COPD.

The study findings were published in the journal Arthritis Care & Research.

"These findings are novel because it has only recently been recognized that inflammation plays a role in the development of COPD, and clinicians treating people with rheumatoid arthritis are not aware that their patients are at increased risk of developing COPD."

While the study didn't prove one disease causes the other, doctors and rheumatoid arthritis patients need to watch for early symptoms of COPD. Appropriate tests can then be administered to diagnose COPD early, at the onset of symptoms, so that effective treatments for COPD can be initiated before irreversible damage to the lungs occurs.

The research also suggests that it would also be important to try to control risk factors for COPD, such as smoking.