How long should you wait between pregnancies to minimize health risks to mom and baby? 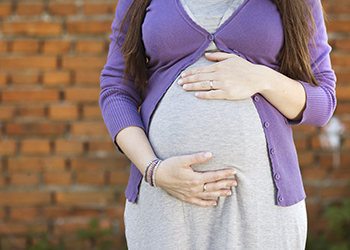 Women are increasingly delaying childbearing to pursue educational or career goals, or to achieve financial stability before having children. Pregnancies to women at older ages are at increased risk for adverse outcomes compared with pregnancies to younger women. In addition, short inter-pregnancy intervals, more common among women who have delayed childbearing, are associated with increased risks of adverse pregnancy and birth outcomes. Older women have to balance the potential risks associated with short inter-pregnancy intervals against their increasing age, with little data to inform this decision.

The recommended inter-pregnancy interval for the general population is 18-23 months between delivery and subsequent pregnancy. Research by Laura Schummers, a postdoctoral fellow in the Department of Family Practice at the University of British Columbia, aimed to find out whether this recommendation is applicable to women over 30 or whether specific guidelines targeting an older population are necessary. Ms Schummers was co-supervised by UBC Assistant Professor Jennifer Hutcheon, in the Faculty of Medicine’s Department of Obstetrics and Gynaecology.

The research examined data from 148,544 pregnancies in British Columbia over 10 years, from 2004 to 2014. They aimed to study whether the relationship between time between pregnancies and risk of adverse pregnancy outcomes varied by maternal age.

"For a family that might be considering a pregnancy about six or nine months after a delivery, it might be worth waiting that extra three to six months to lower risks, both to mother and baby.”

The study findings may inform pre-pregnancy counseling and public health messaging and provide important information for women and families to consider as they plan the timing and spacing of their pregnancies.