Can we improve hospital re-admission rates for children in BC’s remote northern regions? 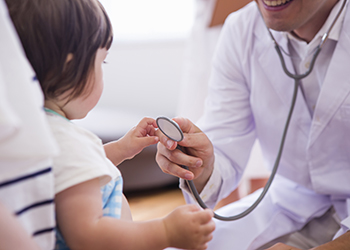 Data access has been approved for a study aiming to develop a ‘smart discharge tool’ to help identify child patients from northern BC communities who are at high risk for hospital re-admission.

Acute infections account for most childhood hospitalizations and deaths in remote regions of northern Canada. Affected children are often transported long distances to tertiary care hospitals in southern cities, where they are treated, and then discharged home to their communities. Here, resources are often limited, follow-up is difficult and many children require re-admission to hospital. In northern regions of Canada, the risk of readmission for children can be as high as one in five. Currently, there are no robust methods or guidelines to help healthcare workers to identify children likely to be re-admitted prior to their discharge.

“The ultimate goal of this study is to develop a ‘smart discharge tool’ which will allow physicians to identify patients who are risk for readmission to hospital (or death) following hospitalization with infection,” says project lead, Dr. David Goldfarb, Medical Microbiologist and Clinical Associate Professor at the Children’s and Women’s Health Centre of BC.

“This will enable clinicians to focus care where needed and to employ appropriate strategies to ensure a successful recovery and transition from hospital to home. This is especially pertinent for people from remote communities who may not have timely access to urgent care. This type of ‘smart discharge tool’ will benefit future patients, as well as their families and communities. Economic and resources savings are also anticipated.”

The identification of reliable predictors for re-admission is a key first step of the ultimate aim of providing “smart discharges” by focusing care on the most vulnerable patients. The study will utilize hospital databases to identify approximately 750 children who reside in remote regions of Northern BC and Yukon and who were referred for admission to BC Children’s Hospital or to the University Hospital of Northern British Columbia during the period of study. Data on candidate predictor variables will be collected.

Outcome information, including mortality and re-admission to hospital within 6-months following discharge, will be obtained through linkage of BC Ministry of Health and the BC Vital Statistics Agency by PopData.

The research is funded by BC Children's Hospital Research Institute.