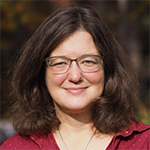 Kimberlyn McGrail is an Associate Professor at UBC in the School of Population and Public Health and the Centre for Health Services and Policy Research. She is also Scientific Director of Population Data BC and Data Director for the new BC Academic Health Sciences Network. Her research interests are quantitative policy evaluation, aging and the use and cost of health care services, and the ethical and technical aspects of the development and operation of large linked data systems. Her research is conducted in partnership with clinicians, policy-makers and the public. Kim is a founding member of the International Population Data Linkage Network and founding Deputy Editor of the International Journal of Population Data Science. She was the 2009-10 Commonwealth Fund Harkness Associate in Health Care Policy and Practice, a 2016 recipient of the Cortlandt JG Mackenzie Prize for Excellence in Teaching, and 2017 recipient of a UBC award for Excellence in Clinical or Applied Research. 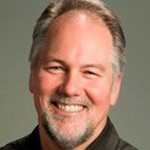 Michael M. Burgess is Professor and Chair in Biomedical Ethics at the W. Maurice Young Centre for Applied Ethics and the Department of Medical Genetics at the University of British Columbia. He was also Principal of the College for Interdisciplinary Studies until 2011.

Burgess combines ethical and social theory with social science methods related to policy in health care, health research and biotechnology. His graduate supervision has been primarily in the Interdisciplinary Studies Graduate Program, and his seminars typically include students with backgrounds in science, health care, health research, social science and humanities. His research has been funded by SSHRC, CIHR, Genome Canada and Genome BC, as well as NGOs and industry contracts. 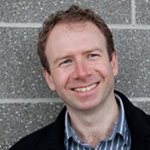 Kieran C. O’Doherty is an associate professor in applied social psychology at the University of Guelph, where he directs the Discourse, Science, Publics research Group. His research focuses on the social and ethical implications of science and technology. In this context, he has published on such topics as vaccines, human tissue biobanks, the human microbiome, salmon genomics, and genetic testing. Kieran’s research also emphasizes public engagement on science and technology. In this regard, he has designed and implemented public deliberations in which members of the public engage in in-depth discussion about ethical aspects of science and technology and collectively develop recommendations for policy. Kieran’s research has been funded by the Canadian Institutes of Health Research, The Office of the Privacy Commissioner of Canada, the Ontario Ministry of Research & Innovation, Genome Canada and Genome British Columbia. He is currently the editor of the journal Theory & Psychology. 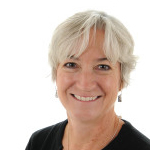 Colene Bentley is a health services researcher in BC. She has facilitated several deliberative public engagement events on health care in Canada and the US.

Jack Teng was the project manager for the Using Personal Data for Research public deliberation. He has a background in qualitative and quantitative research, and has dabbled in organic farming and writing science fiction.