Are there early-warning signs for multiple sclerosis? 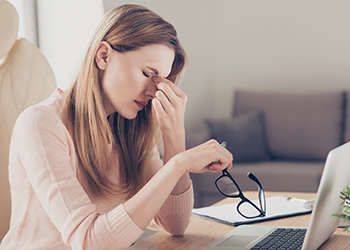 Multiple sclerosis (MS) is a relatively common immune mediated disease affecting the brain and spinal cord. It typically attacks people in the prime of their lives and its cause is unknown.

Canada has one of the highest rates of MS in the world, with an estimated 90,000 people currently suffering from the disease.

A study, led by Professor Helen Tremlett and Dr José Wijnands (former postdoctoral fellow) at the University of British Columbia’s Division of Neurology, investigated the period before the first clinically recognized signs of MS to attempt to identify a pre-MS trait, or prodrome. The existence of such 'warning signs' are well-accepted for Alzheimer's disease and Parkinson's disease, but there has been little investigation into a similar pattern for MS.

The research project was the largest-ever study examining the medical records of people who accessed care for various symptoms that aren't classic manifestations of MS. The team examined the health records of 14,000 multiple sclerosis patients in BC, Saskatchewan, Manitoba and Nova Scotia between 1984 and 2014. The data were compared with 67,000 patients without the disease in those four provinces.

The results were published in the Multiple Sclerosis Journal*.

MS patients were more likely to access the health system in the five years before the first clinically recognized signs of MS for a range of conditions. These included:

"Our study findings have a direct and immediate impact on how we go about searching for the possible cause(s) of MS. We need to be cognizant of the prodromal period when looking for the causes of multiple sclerosis.”

The findings could be used in the future to help guide the earlier recognition and diagnosis of MS. This could facilitate the prompt management and treatment of MS, thus possibly slowing the damage it causes to the brain and spinal cord.

Moreover, findings suggest that researchers need to consider this prodromal period when looking for what causes MS as the disease may start much earlier than previously thought.

According to Professor Tremlett, future research could also pinpoint patterns of the disease related to sex, age, or how symptoms may differ between the two types of multiple sclerosis: relapsing-remitting, which affects about 90 per cent of patients, and primary progressive.