What can administrative data tell us about the overprescribing of antibiotics? 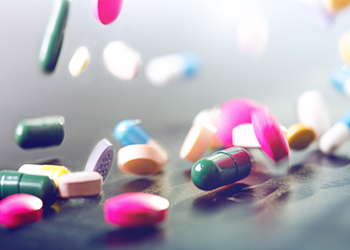 In 2014 the World Health Organization declared that antimicrobial resistance (AMR) had reached crisis status, and the emergence of “superbugs” resistant to many, or all, available antibiotics makes AMR one of today’s most pressing public health crises. Antibiotics are essential medications for the practice of modern medicine, and preserving their efficacy is a global priority.

“To effectively monitor and control the spread of AMR, multiple jurisdictions at all levels of government, multiple sectors (including public health, agriculture and food regulatory), and multiple disciplines such as epidemiology, microbiology and medicine, must work together,” according to University of British Columbia Faculty of Pharmaceutical Sciences Professor Fawziah Lalji.

Professor Lalji is leading the BC component of a study, funded by the Canadian Institutes of Health Research (CIHR), to determine the appropriateness of antibiotic use for primary care in the provinces of British Columbia (BC) and Ontario, Canada.

The overuse and misuse of antibiotics is the main driver for bacterial resistance as it promotes mutations within the organisms, and facilitates transmission of antibiotic-resistant bacteria. Although stewardship efforts are increasing, and guideline implementation is encouraged by various groups, including the accreditation bodies in the USA and Canada, most of these programs target the inpatient setting, while most antibiotics are consumed in the community.

“The premise of our study is that although the quantity of antibiotics used has been monitored for over two decades, the quality of these prescriptions has yet to be described at population level throughout the world,” explains Professor Lalji. “Antibiotic prescribing in the absence of a bacterial etiology, the overuse of broad-spectrum agents, and suboptimal dosing and duration of therapy are defining features of inappropriate antibiotic use.”