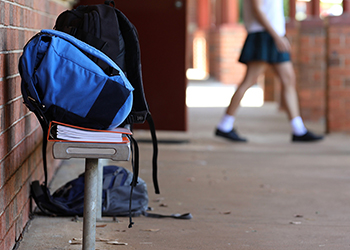 Data access has been granted for a project which aims to estimate the effects of open enrolment on the outcomes of independent schools.

The study is being carried out by Simon Fraser University PhD student, Ricardo Meilman Lomaz Cohn and supervised by Simon Woodcock, Associate Professor in the Department of Economics.

The study investigates how a policy-induced increase in public school competition affects K-12 private (independent) school enrollment, price and expenditure per student. The author exploits a natural experiment created by the introduction of an open enrollment policy in BC in 2002 that expanded public school choice opportunities and increased competitive pressure on private schools. Open enrollment is a very common policy that aims to increase choice by allowing students to attend public schools outside their neighborhood catchment area.

“This research will inform policy decision-making on consequences of school choice initiatives on the education market,” says Mr Meilman Lomaz Cohn. “The independent schools (or private schools) play an important role in K-12 education in B.C. and around the world. Thus, it is relevant to learn to what extent increased competition from public schools change incentives to private schools for their improvement or crowd them out.”

PopData will link BC Ministry of Education Data for the project.