What is the economic impact of inflammatory bowel disease in BC? 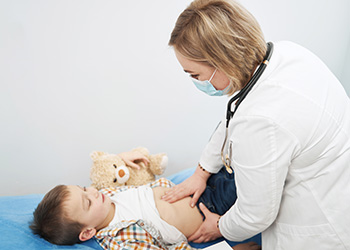 Inflammatory bowel disease (IBD) is a chronic disease characterized by inflammation of the gastrointestinal tract. Though rarely fatal, there is no cure for IBD, which often requires life-long management leading to reduced quality of life and a significant health care burden. In addition, the early onset and relapsing nature of the disease amplifies IBD-associated costs, including diagnostic and surveillance services, pharmaceuticals, and surgery. Therefore, understanding the epidemiology of inflammatory bowel disease is crucial in planning quality and effective patient care.

Data access has been approved for a multi-staged project aiming to address several inter-related issues pertaining to the true disease burden of IBD in British Columbia: population-level disease epidemiology, health resource access, utilization and cost of the disease and transition of services for pediatric patients.

The study is being undertaken by Mr Justin Chan, of BC Children’s Hospital, as part of a PhD thesis project under the supervision of Kevan Jacobson, Investigator at BC Children's Hospital and Clinical Professor in the Department of Pediatrics, at the University of British Columbia’s Faculty of Medicine.

“The etiology of IBD is currently unclear though both genetic susceptibility and environmental factors appear to be important, resulting in tremendous variation in the epidemiology of global IBD with Canada having some of the highest rates in the world,” says Mr Chan. “Interestingly, a Canada-wide report showed that British Columbia had the lowest rates of IBD in the country. Since then, few studies have been performed in BC, all of which having been products of single-center registries or population-based surveys, limited in reach and study design in estimating a true province-wide distribution of the disease.”

The goal of the study is to examine the current population epidemiology of IBD in BC to determine what is the existing health care utilization for this population, how it may change over time and during the transition from pediatric to adult services.

Mr Chan hopes that the results of the study will allow patients, community stakeholders and health care providers to engage with policy makers in order to ensure that services made available to this population meet their intended purposes and provide long-term quality care of the highest standard throughout the life course of patients with IBD.

Funding for the project comes from the BC Children’s Hospital Research Institute and the Lutsky Foundation.