Caring for people with depression: How effective and cost-effective is pharmacogenomic testing in BC? 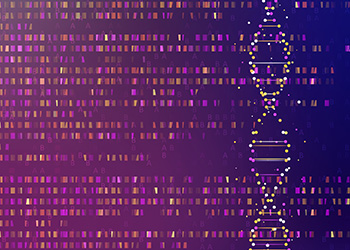 In Canada, more than 1-in-10 people will suffer a major form of depression at some point in their lives, and it is common for drug therapy (i.e., antidepressants) to be used. The process of finding a medication that works in relieving symptoms, while also minimizing adverse drug reactions (that can sometimes be severe) is often a process of trial-and-error. This may contribute to high non-adherence rates and, subsequently, to poorer health and long-term prognosis, as well as increased costs.

Data access has been approved for a project aiming to enhance care pathways for people living with depression in BC. To achieve this, a multidisciplinary research team will directly target one of the major treatment challenges: appropriate and effective use of pharmacological therapy.

The project is being co-lead by Professor Stirling Bryan, of the University of British Columbia’s School of Population and Public Health and Centre for Clinical Epidemiology & Evaluation, and Professor Jehannine Austin of UBC’s Departments of Psychiatry and Medical Genetics. Funding for the study comes from Genome BC, Genome Canada and Michael Smith Health Research BC (formerly The Michael Smith Foundation for Health Research).

“An individual’s genetic makeup is thought to partly determine whether particular drugs work and whether there are side effects resulting from the drug. “Pharmacogenomics” testing, that is, seeing if the patient’s genetic makeup is suitable for the particular drug, is a new and promising approach,” says Professor Bryan. “In this study, we want to know if such testing should routinely be used in BC for patients with major depressive disorder (MDD). We want to know how much improved health MDD patients might see, as well as whether the testing is good value for money for the health system.”

The study’s overarching hypothesis is that the use of pharmacogenomics to treat depression will lead to fewer medication changes, faster response to treatment, and decrease the proportion of patients considered treatment-resistant than those who are treated via current practice (i.e. trial-and-error prescribing without pharmacogenomic testing).

The study will use a population-based sample of people who have received specific diagnoses to be able to simulate the several pharmacological policy options available to the different age groups, as well as to mimic the different patterns of utilization of pharmacotherapy between children, youth and adults.

This longitudinal history is important to explore age of onset of MDD. This is because MDD is an episodic disease at onset and the MDD episodes identified within the first data cut may be a recurrent one but in fact, the patient may have had initial episodes decades ago. The average age of onset of MDD is an important input parameter to simulate the life of a patient in a simulation model, and the patient’s progression of the disease, as a result of the natural history of the condition, or as an effect of treatment available/policy changes.

The project will provide tools for evaluating and addressing societal and economic considerations for the implementation of pharmacogenomics tools into clinical practice. The new simulation model of the BC mental health “system” will enable the research team to provide evidence-based recommendations to provincial agencies regarding the appropriateness and implementation of pharmacogenomic tools and their funding from an efficiency perspective. Analysis undertaken using the simulation model will be available to support strategy for incorporating pharmacogenomic tools into existing mental health systems in BC.

PopData will link six data sets from the BC Ministry of Health for the project.