Does ethnicity impact diabetes prevalence and the risk of heart failure? 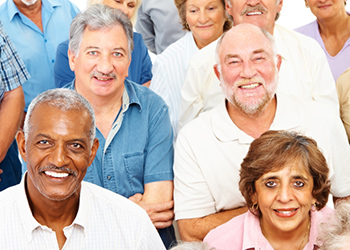 More than 9 million Canadians live with diabetes or prediabetes. They suffer a diminished quality of life and the likelihood of complications like heart disease, stroke, kidney disease, blindness, amputation and death.

Advancing age and obesity prevalence contribute to the diabetes rate in Canada, but another factor under consideration is the escalation of a non-white population at a higher risk for diabetes.

Dr. Nadia Khan at the University of British Columbia noticed a dearth of information about the incidence and prognosis of diabetes amongst Canadian ethnic groups. She worked with a multi-university team of researchers to determine the incidence of diabetes and risk of death or complications among South Asian, Chinese and Caucasian patients with newly diagnosed diabetes.

The results of this research have the potential to customize health services to those who are at a significantly higher risk in our culturally diverse community and reduce the extent of the diabetes epidemic in Canada.

"I think this data is important because it tells us that ethnicity impacts the occurrence and prognosis of disease. Also, South Asian and Chinese populations are distinct in how diabetes affects these groups.

Finally, there are likely protective and adverse factors within these ethnic groups that account for differences in disease occurrence and prognosis and these factors need to be investigated.”