Is there a "safe" level of air pollution in British Columbia 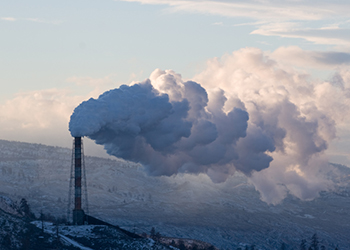 When residents began to notice soot on their window panes and complained of respiratory symptoms associated with air pollution, members of the T’it’q’et community grew concerned about Lillooet’s air quality. They were particularly curious about the pollution effects of a local mill’s wood waste incinerator since they could see and smell its exhaust.

In 2005, Janice Whitney, then the Health Coordinator for the T’it’q’et community, consulted Andrew Jin, epidemiologist and adjunct professor at the University of British Columbia’s School of Population and Public Health, and Joanne Harkness, Environmental Specialist, at Urban Systems Ltd. to analyze the association between particulate air pollution and illness (measured by healthcare utilization) in Lillooet, BC.

Previous studies making the same association have been carried out in large, urban populations, with questionable application to smaller, rural communities - even though the BC Ministry of Environment has recorded worse air pollution in some rural towns dominated by a particular industry than in large urban areas.

With support from the BC Ministry of Environment, the team monitored for airborne PM10 and PM 2.5 (particulate matter with diameter less than 10 and 2.5 micrometers, respectively, that can be inhaled and deposited in our lungs and airways) for 24-hour periods, once every six days, over two years, on the Lillooet No. 1 reserve.

Preliminary findings showed that increased PM10 pollution was associated with increased respiratory illness, similar to larger population studies. This was true even though:

A rural, community-based study in Lillooet confirmed the association between poor air quality and adverse health effects, even at low levels of particulate air pollution.